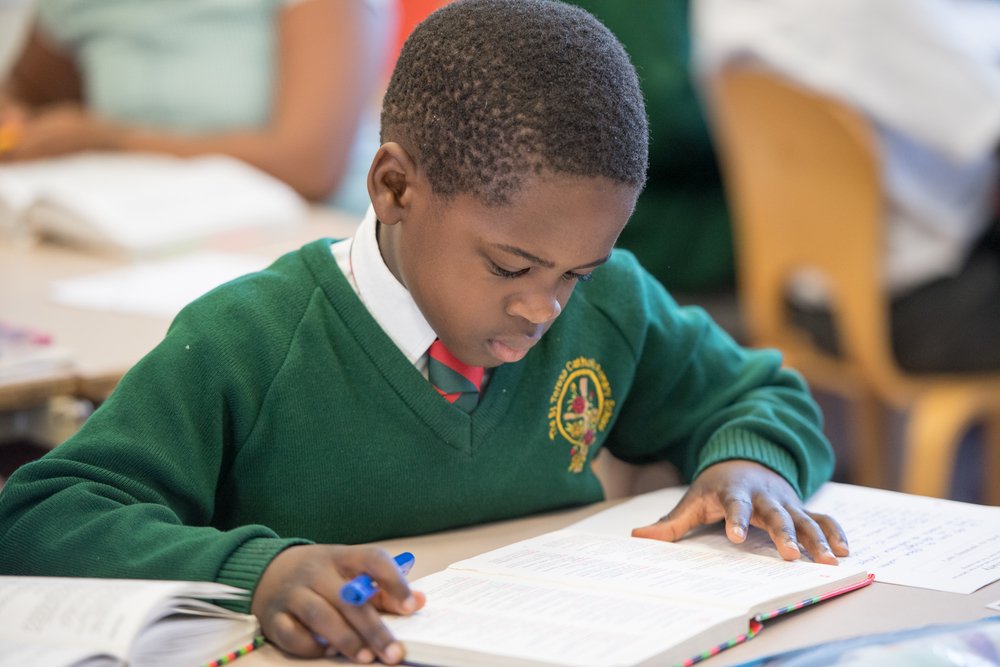 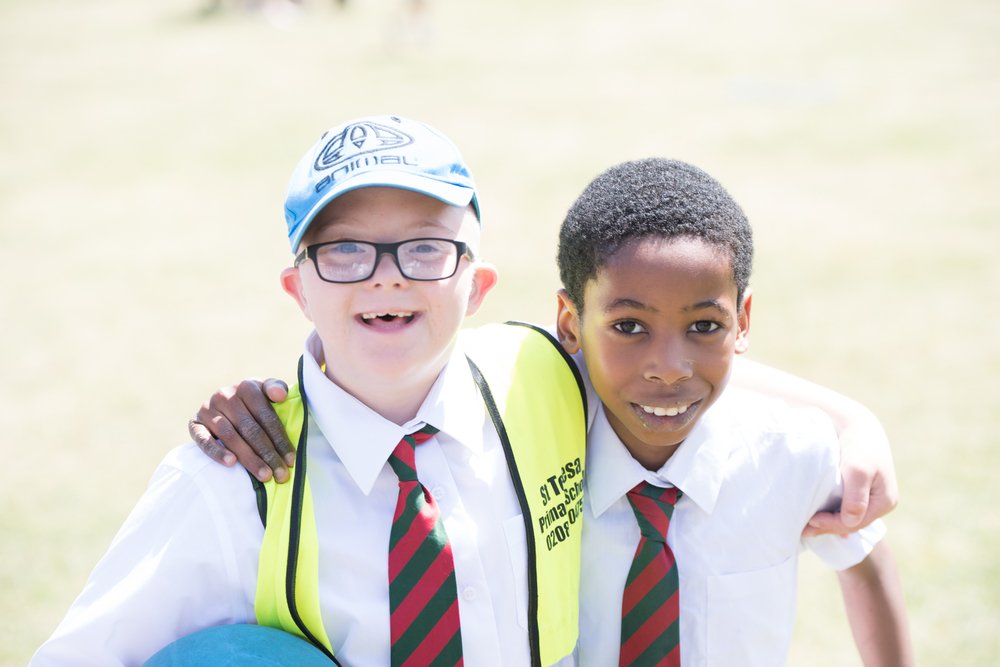 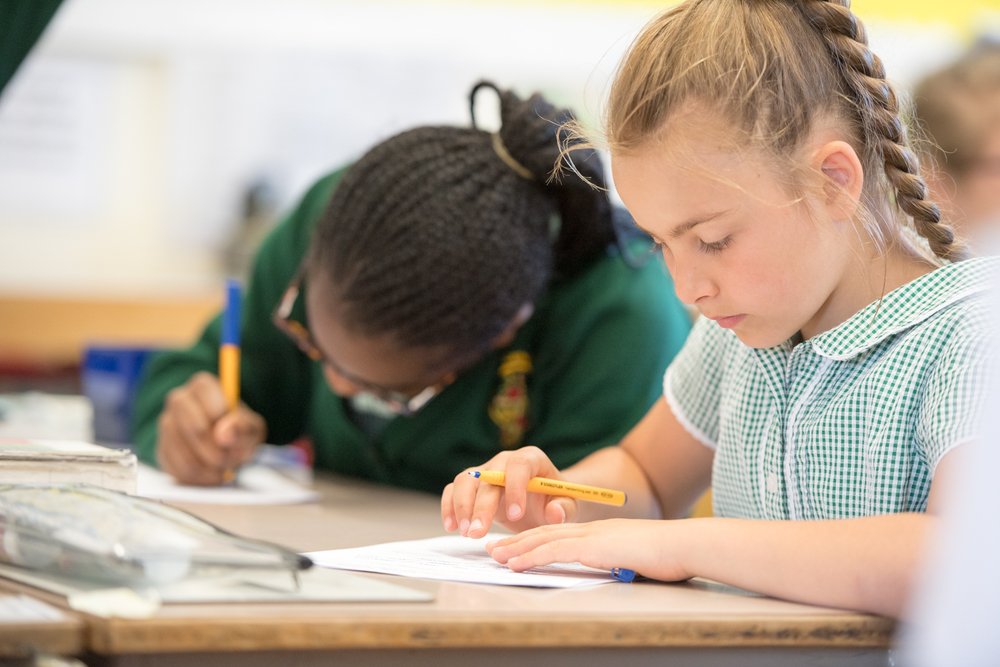 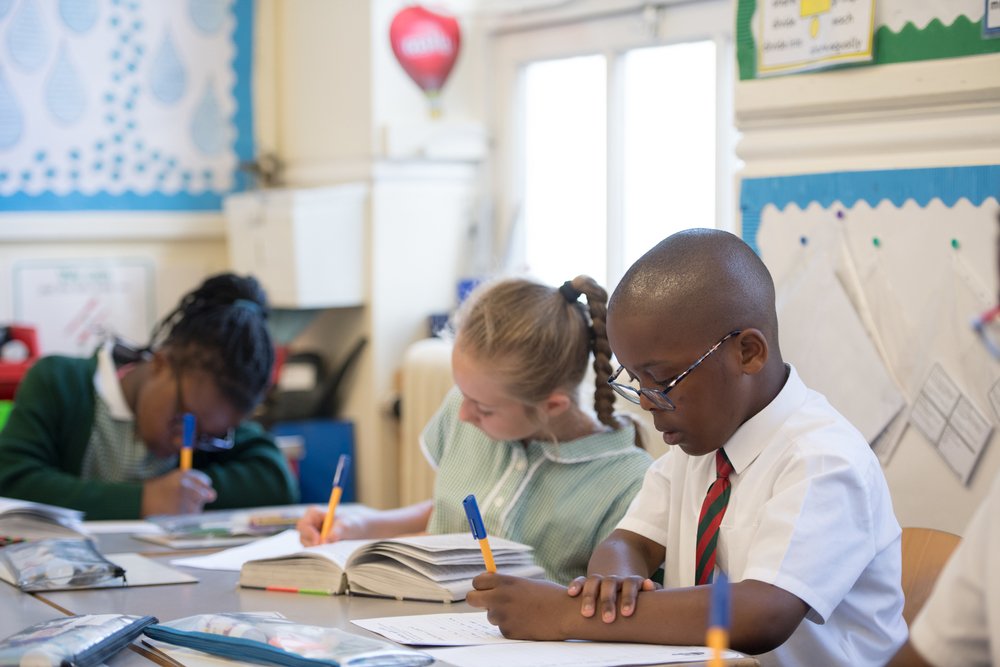 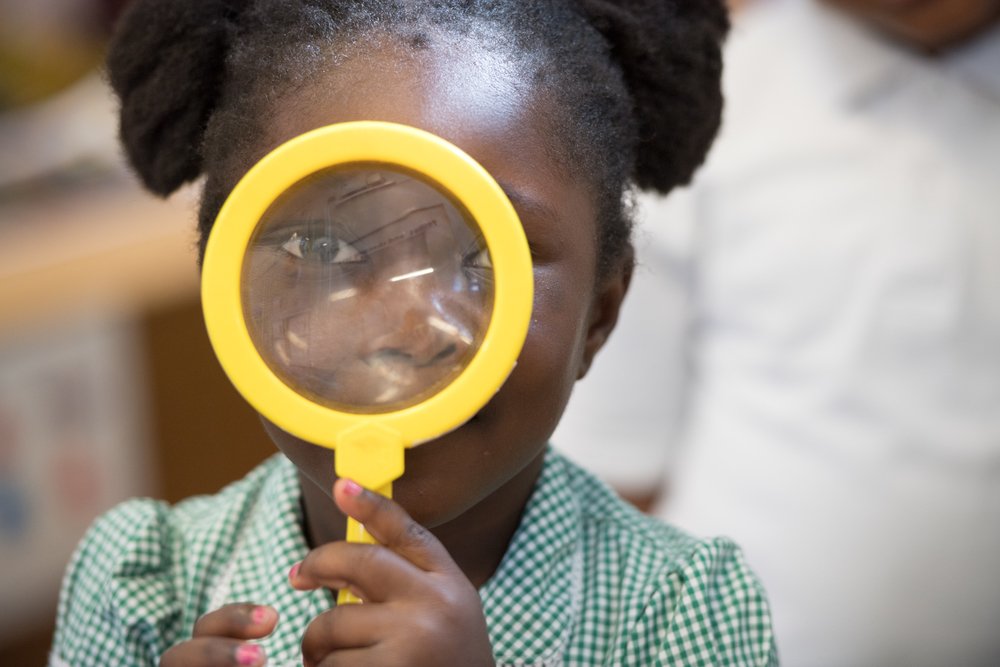 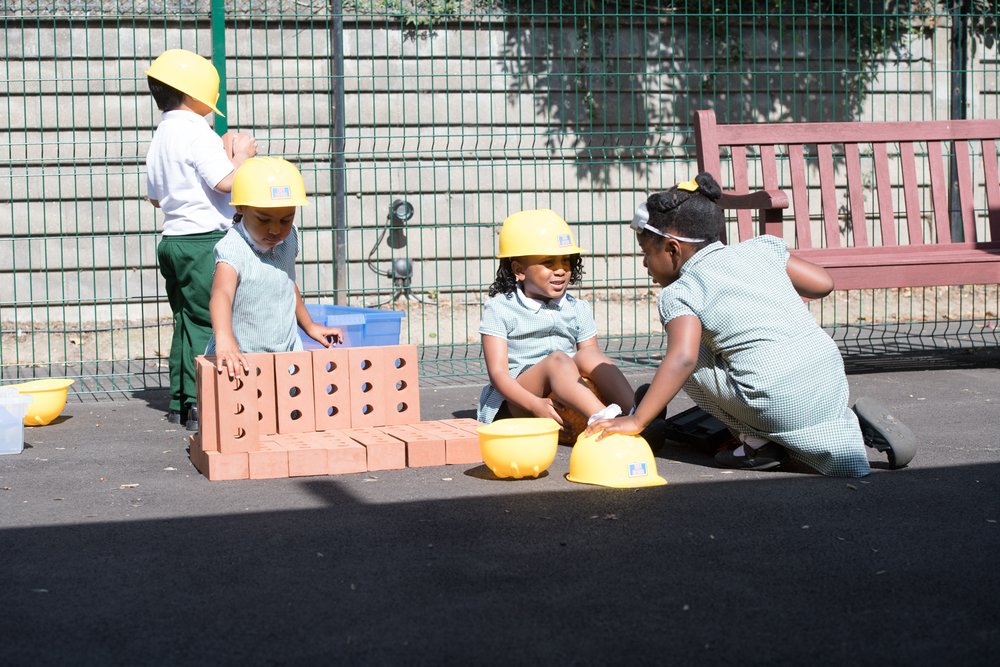 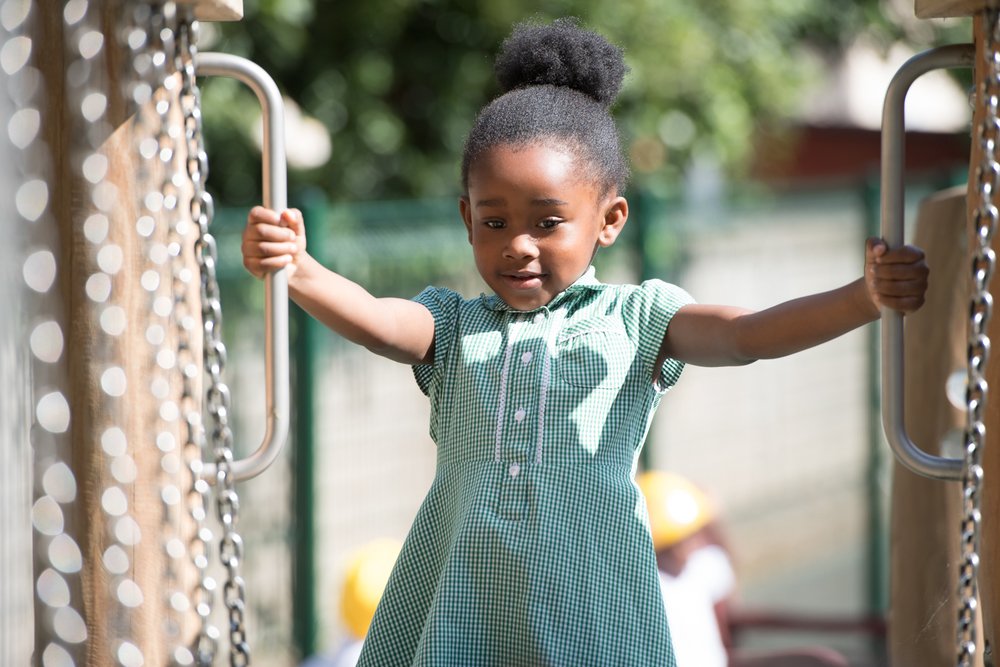 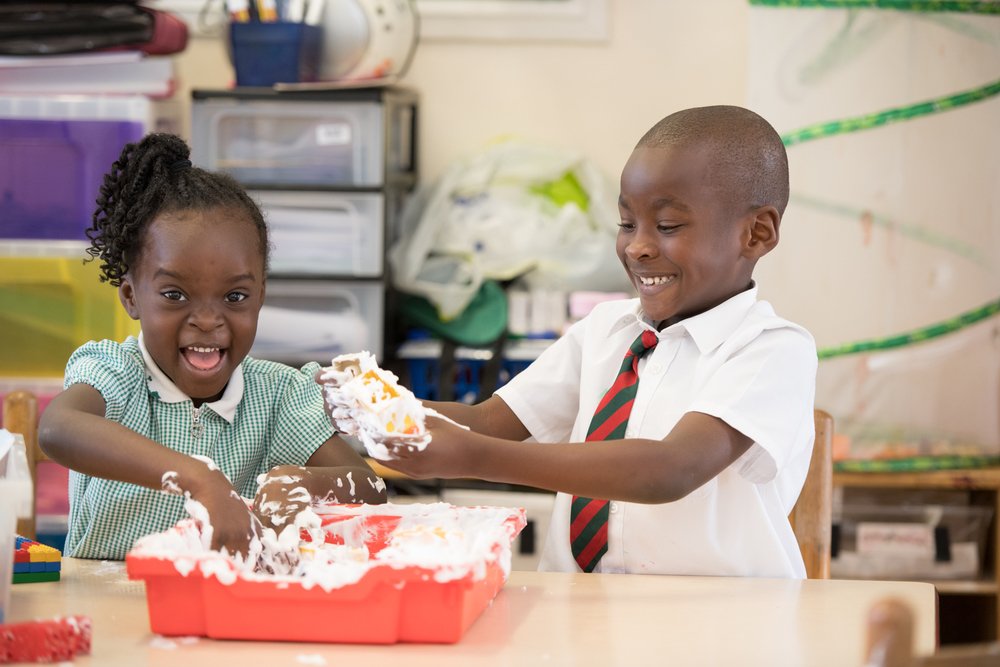 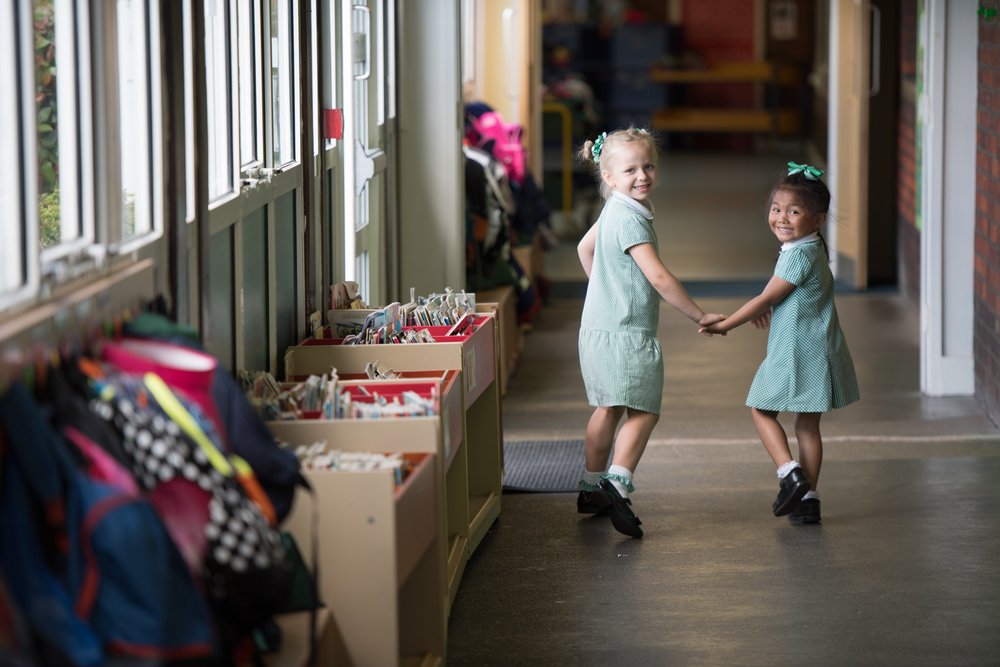 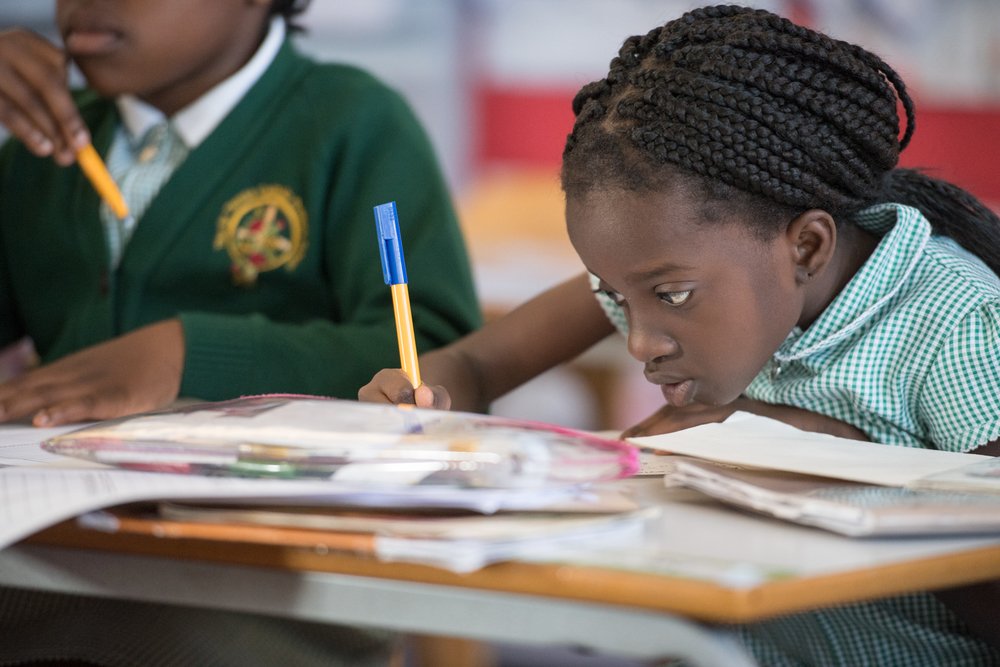 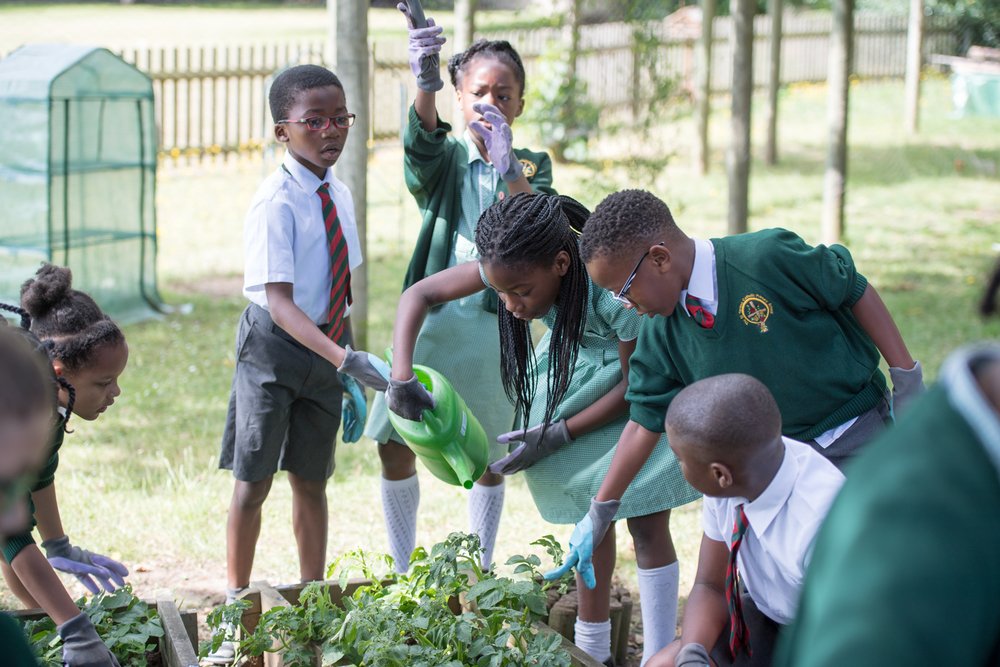 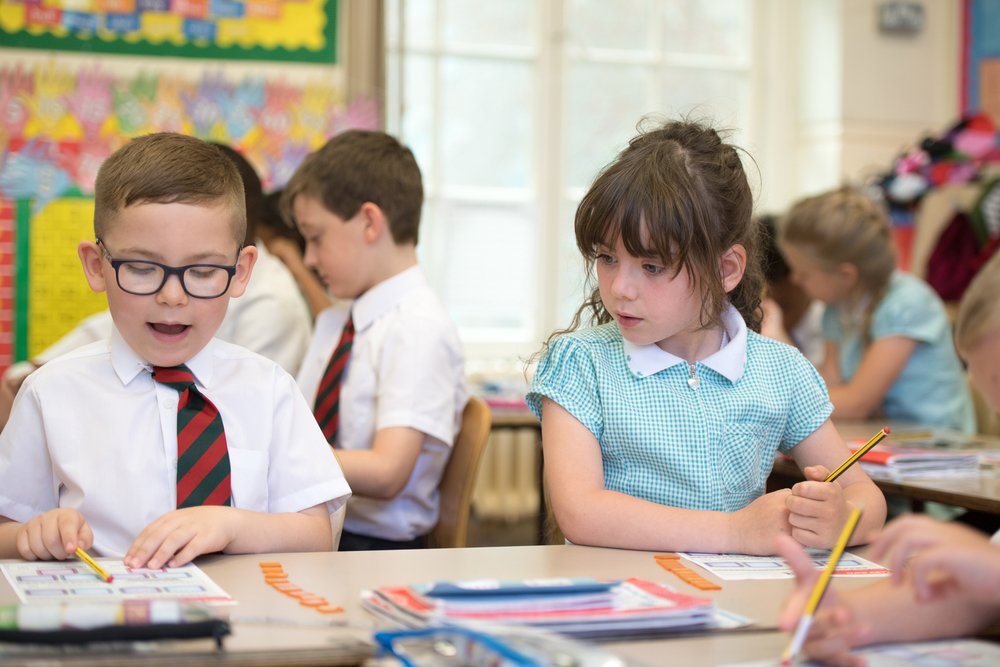 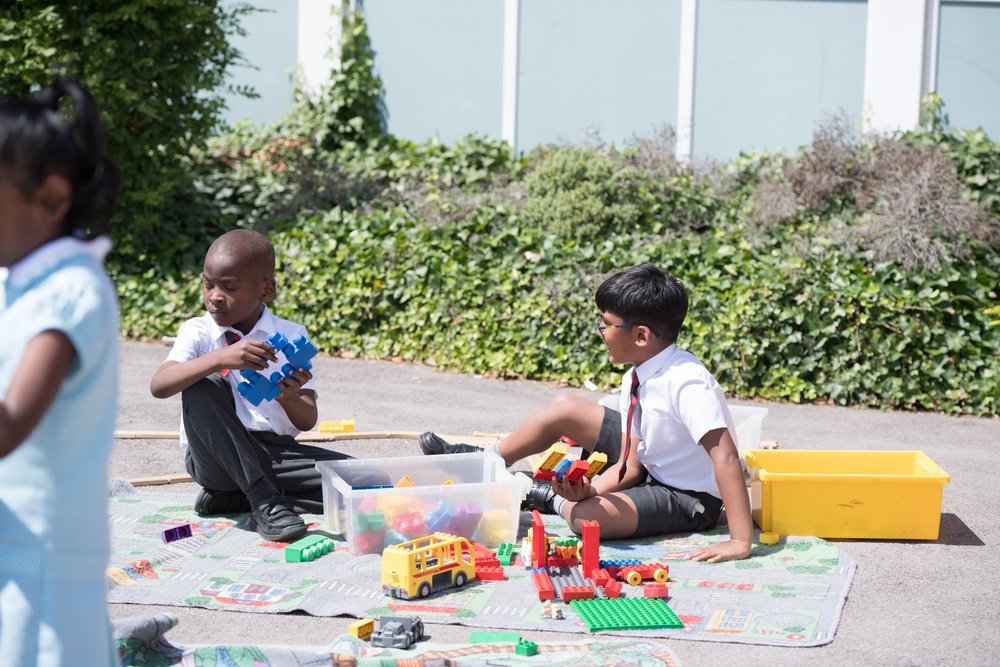 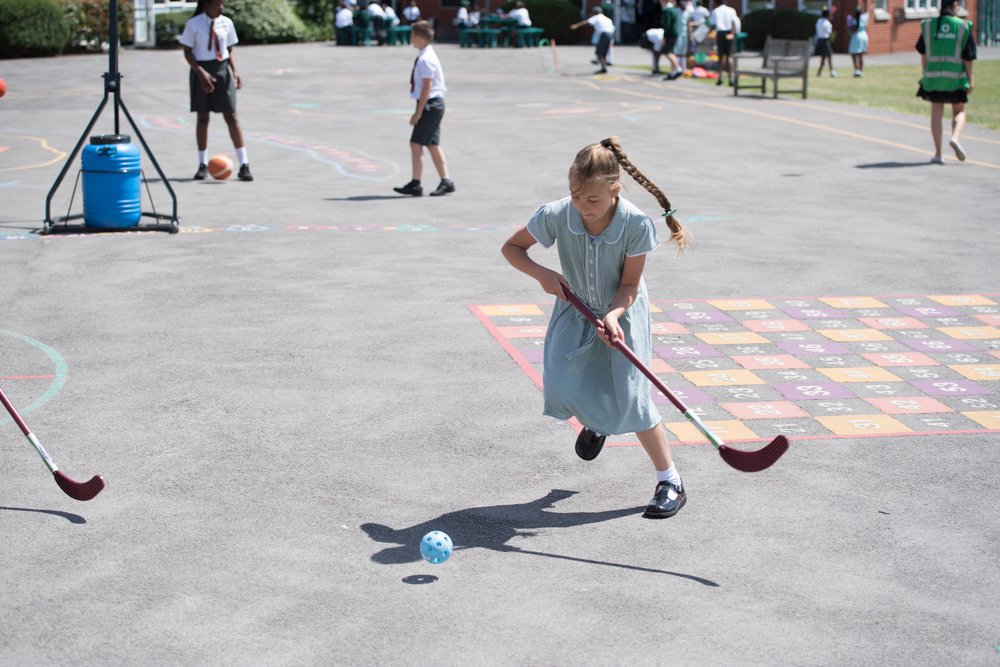 The Year 5&6 Athletics team took part in the borough Quadkids athletics event at Jim Peters Stadium this week. They each competed in 4 events: sprinting, long distance, long jump and mega howler throw. It was a very enjoyable day with lots of fantastic individual performances.

Bronze at the Basketball!

The Year 5&6 basketball teams took part in the borough championships at Eastbury Community  School last week. Our two teams each played 5 games with the ‘Eagles’ team then qualifying for the semi finals. Unfortunately we were beaten by an excellent Beam side which meant we played in the bronze medal match. After a very tight game, we came out on top and came home with the bronze medals! There was lots of high quality basketball on show so we are very proud of both our teams.

The Year 3 & 4 athletics teams attended the annual Quadkids Athletics event at Jim Peters Stadium last week. It was their first time representing our school at a sports competition. They all competed in the sprints, long distance, mega howler throw and long jump to gain points for their team. There were nearly 30 schools competing at the event and the Year 3 team finished in an incredible 5th place with the Year 4 team finishing in 8th position out of all the Year 4 teams. A special mention to Chukwuebuka and Amelia who both finished in the top 10 individually after all 4 events! Well done to all of our young athletes.

The Year 6 tennis team took part in the borough tennis competition at Riverside School recently. This was a first tennis tournament for each of the Year 6s. They each played 7 matches and at the end of the day were crowned B&D tennis champions! A special mention to Patrick and Mary who won the awards for top scoring boy and girl at the tournament.

The girls’ football team played their last game of the Super 6 competition last week. The result against St Peter’s did not go our way the the girls have finished 4th in the final league table - an incredible result in our first season reaching the Super 6 finals competition. Well done to our girls on a fantastic season!

The Year 6 netball teams travelled to St Peter & Paul’s Primary to play two games in our netball league. Both teams won their games and we showed great teamwork and communication throughout. The red team won 4-1 and the blue team won 9-1! We enjoyed drinks and biscuits after the games with our hosts - a fantastic afternoon was had by all.

This term, Year 1 & 2 have been working on their sports skills. Last week, the Year 6 children set up a variety of different stations for the younger children to test their new skills. The Year 6s kept a record of each child’s score and we entered both Year 1 & 2’s scores in a borough-wide competition. Amazingly, both classes won their competitions! Well done to Year 1 & 2 and to Year 6 for being wonderful helpers.

The Year 6 boys’ football team travelled to he West Ham Foundation at Beckton last week to take part in a tournament. They played 4 games, finishing third in their group. It was a great experience and we really enjoyed the day.

Over the past few months, we have been enjoying returning to being able to play football matches and have had some wonderful success, including the Y6 boys team winning their first 2 games and the Y5/6 girls team winning both their league games so far and qualifying for the quarter finals of the Appleyard Shield!

Below is the QR code to join the St Teresa’s street tag team. Our tag rugby team took part in the borough’s tournament last week. We played three games, winning 5-3 against Ripple, 5-1 against Manor Longbridge and unfortunately losing 2-1 to George Carey. The team played very well and their hard work during our lunch time training sessions definitely paid off!

Two teams from Year 6 attended the borough’s netball competition this week. This was the first time St Teresa’s entered a netball competition. Year 6 have been learning the rules of netball in our PE lessons and they put those skills to great use at this competition. Our ‘A’ team played 4 games, winning 3 and drawing 1 against Beam. That meant we finished joint top of the group, however Beam went through to the finals as group winners due to their superior goal difference. Our ‘B’ team won 2 games, drew 1 and lost 1 and finished 2nd in their group also. What a great effort by both our teams in their first ever netball competition! Pupils from Year 6 attended the borough’s Badminton Racket Pack Festival at Becontree Leisure Centre this week. We have been learning the different skills of badminton in our PE lessons and we got the opportunity to show off these skills at the festival.

Our Year 6 football team played their second game of the season this week against Sydney Russell. We played very well and had numerous chances throughout the game and eventually, with 5 minutes remaining, Breanna struck the ball to the back of the net, after being set up by Joel. It was a great team performance and I was very proud of the effort and teamwork.

Our Year 4 & 5 boys’ football team have been taking part in the Ballerz league this year. They have played three games so far, losing their first game 3-0 to William Bellamy but then bouncing back to win their last two games against Sydney Russell (1-0) and Ripple Primary (2-1). The boys have been working very hard in training and have improved so much over the last few months. Their communication, effort and teamwork skills were especially evident against Ripple in our latest game. Keep up the great work, boys!

This week, we had a visit from an international long jumper, Ezekiel Ewulu. Each class completed a fitness circuit with Ezekiel and this was followed by an inspirational assembly where he demonstrated his sport and explained what his ambitions were and how he trained

We use necessary cookies to make our site work. We'd also like to set optional analytics cookies to help us improve it. We won't set optional cookies unless you enable them. Using this tool will set a cookie on your device to remember your preferences.

Necessary cookies enable core functionality such as security, network management, and accessibility. You may disable these by changing your browser settings, but this may affect how the website functions.